Woleet.ID Server is an open source web app to host inside your organization's IT system (it can also be hosted by Woleet).

Woleet.ID Server allows to manage the identities and the signature keys associated to your organization's users and seals, and to sign data using these identities using its signature API. 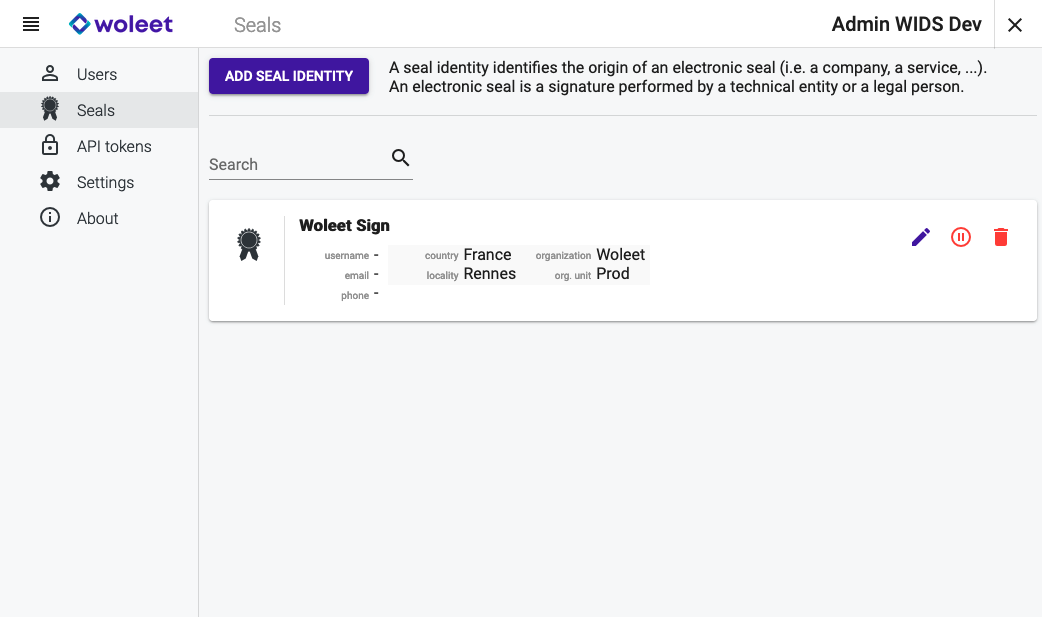 Identities are made of identification information (e.g. name, email address, organization, etc.) and are associated to one or more signature keys (which are bitcoin key pairs created by the server). In short, Woleet.ID Server links bitcoin addresses to identification information and allows to verify that a given bitcoin address is associated to a given identity.

The user interface of Woleet.ID Server Edition is restricted to administrators. It allows to:

The API exposed by Woleet.ID Server is documented as a Swagger/OpenAPI specification.
You can access the documentation here.

Woleet.ID Server Edition is designed to protect the confidentiality and the integrity of bitcoin private keys, even in case of rooting of the hosting server: private keys are always encrypted in the database using an encryption key that the administrator needs to provide each time the server starts, and key management functions are isolated inside a secure module preventing access to private keys values by scanning the process memory.

Finally, any modification of the database managed by Woleet.ID Server is logged and can be inspected.